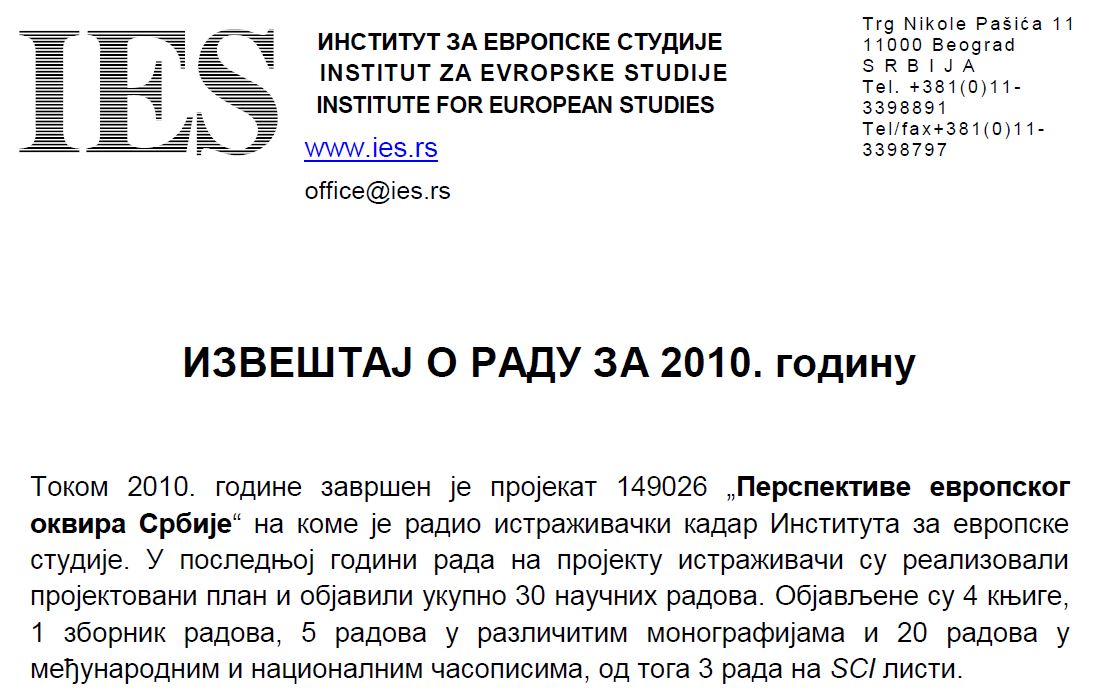 The project deals with the dynamic changes in the European Union, the conditions of accession of the Western Balkans into the Union and reforms in Republic of Serbia. In this respect, special emphasis is placed on analysis of the functioning of institutions within the European Union, the problem of the European Constitution and the controversy about further enlargement, the issue of security and the common European currency. The largest number of them deals with the transformation of Serbia into a modern European society, with the creation of institutions that meet European standards, the international position of Serbia in the context of a dispute over Kosovo, the economic stability of the country, building democratic rules of the game, the possibilities of struggle against corruption and conditions for the reduction of poverty.

Structurally, the project is intended to cover the following topics:

1. The European Union and the operation of its basic institutions
2. Theoretical and practical problems of European security and the issue of terrorism
3. The problem of identity and of democratic institutions in the EU
4. Change of judicial framework in Serbia
5. Democratic reforms and the rights of citizens
6. Ownership transformation and corruption
7. Cultural and religious heritage
8. Social dialogue and political security
9. Geostrategic environment of Serbia and the Kosovo issue

Global research project no. 149026 is financed by the Ministry of Science and Technological Development of Serbia